Luv2Stitch is the San Francisco Bay Area’s premier needlepoint emporium. At our Northern California location we have all you need for your next needlepoint experience. Choose from hundreds of beautifully unique hand-painted canvases including ornaments, stockings, eyeglass cases, and so many more. We also have all the supplies & accessories you need, including many lines of threads and embellishments. Our friendly and knowledgable staff can help you choose a canvas and recommend threads. We also offer needlepoint classes, seminars, and trunk shows by nationally known designers, plus an inviting space to sit and stitch with friends.

Click on a tab below to read about each staff member: 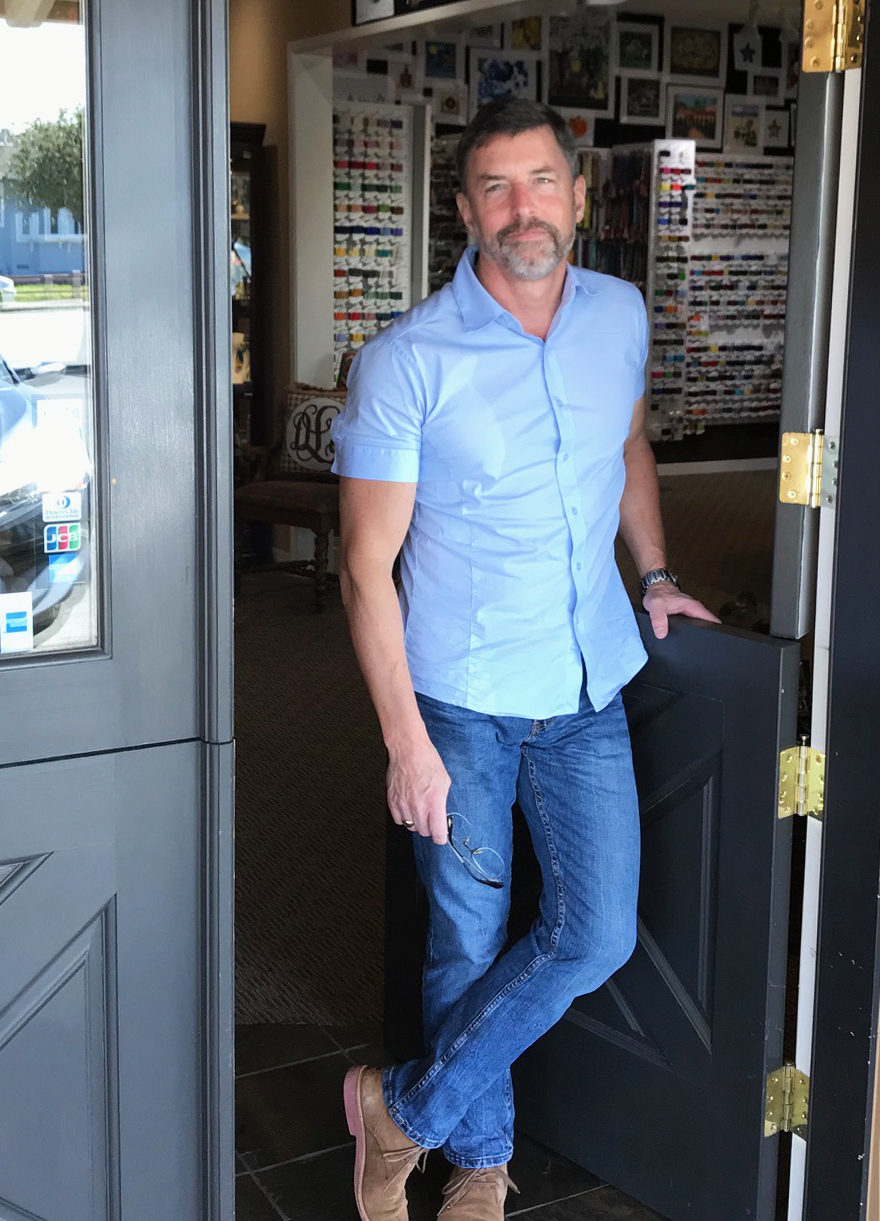 Dale Lenci is the owner of Luv2Stitch and a lifelong needlepoint stitcher. He is the founder and principal designer of DJ Designs, an exceptional line of hand-painted needlepoint canvases, established in 2004.

Following the success of DJ Designs, Dale opened the retail store Luv2Stitch in San Mateo in 2009. Luv2Stitch has grown to be the Bay Area’s premier needlepoint emporium. As a designer and a retail store owner, he belongs to the National Needle Arts Association (TNNA), which helps promote the entire industry of needle arts. As a member he joined the marketing committee, then served on the board for six years. During that term he was elected vice president, and then president. His involvement in TNNA was rewarding in many ways, including enhancing his awareness of the therapeutic value of needle arts.

As Dale explains, “The DJ in DJ Designs is for Dale John, a nickname given while I was a kid, running around a house of 5 crazy kids. DJ Designs came from my passion for needlepoint.

“The San Francisco Bay Area in the 60’s was a great time. In that era there was a surge of creativity and innovation in the arts, and both of my parents were both involved with arts and crafts. Arts and crafts were a constant presence in our house. As a child I was encouraged to try all kinds of art projects. The one that stuck with me was needlepoint. Using a pen I would draw on needlepoint canvas the outlines of a design, then color it in with yarn. So much more entertaining than a coloring book!

Come by the store to meet Dale and the rest of the friendly Luv2Stitch staff. 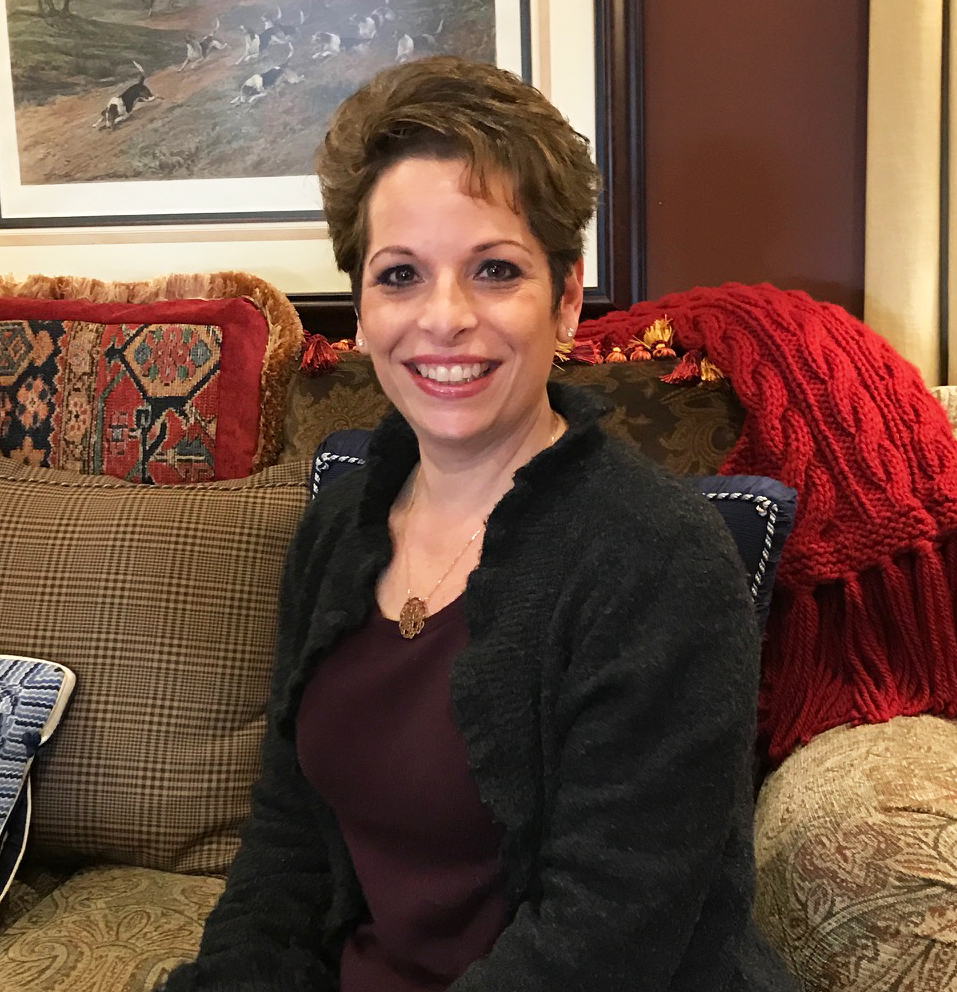 Rhonda has been interested in needlepoint for as long as she can remember. As a child she watched her mother doing needlepoint, and soon Rhonda was doing projects herself, using needlepoint kits from the local craft store.

But the time when needlepoint really became a big part of Rhonda’s life was as an adult, when she had a job as a receptionist. The office would have slow times during various parts of the day, and her boss suggested that to alleviate the boredom, she could bring in a television. Instead of a television, Rhonda turned to the much more rewarding option of needlepoint, and she soon was stitching up a storm.

She joined the needlepoint industry soon thereafter, when the owner of her local needlepoint store noticed that Rhonda was a frequent visitor and offered her a job. She’s never looked back — “It was the best thing I ever did!” In 2005 Rhonda joined DJ Designs, and soon thereafter began working at Luv2Stitch as well.

She loves the needlepoint art form because there is so much room for individual creativity. Two people can work the same canvas, yet the results can be very different depending on the artistic touches each stitcher brings. She also loves that every level of stitcher can create beautiful works of art.

Come by the store to meet Rhonda, and get her tips on thread selection and the latest needlepoint trends. 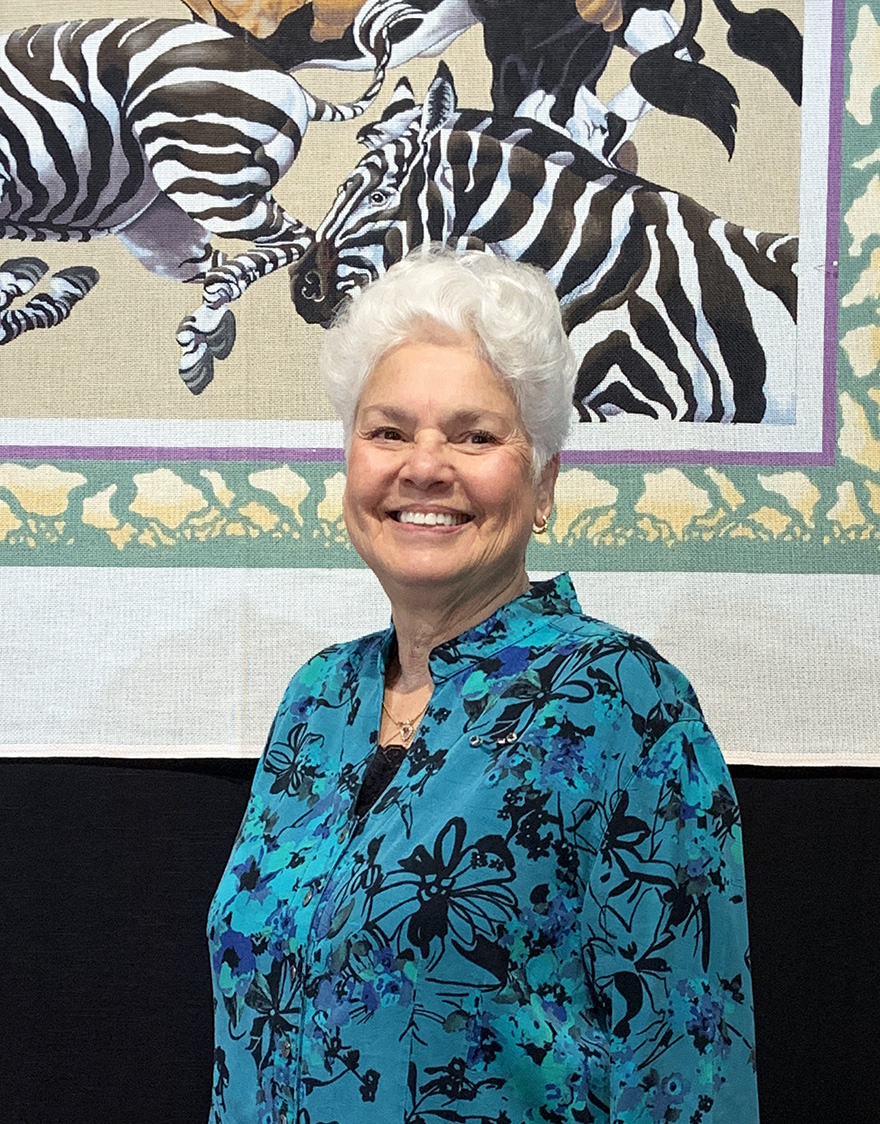 As a child, Irene learned various needle arts from her grandmother, including cross-stitch, embroidery, and sewing clothes for her dolls. In 2008 she discovered needlepoint through a class at the Embroiderer’s Guild, and then she was hooked!

When she discovered Luv2Stitch, with its amazing selection of canvases and threads, she instantly said to herself, “I belong here!” However, when Dale made her a job offer, she initially declined, being already happily retired. But soon she started working one day a week — which then became two, then three! Irene loves coming to work at Luv2Stitch because, for her, the store is her “happy place”.

Most of Irene’s needlepoint projects are created as gifts for her family. Every year, each member of her family gets a birthday gift, a Christmas tree ornament, and sometimes a mid-year surprise. Her taste is eclectic and she works on all kinds of projects — choosing whatever “blows my hair back”. She attends frequent needlepoint classes because she loves learning new things. Come by the store to meet Irene and she’ll be happy to share with you her newest techniques. 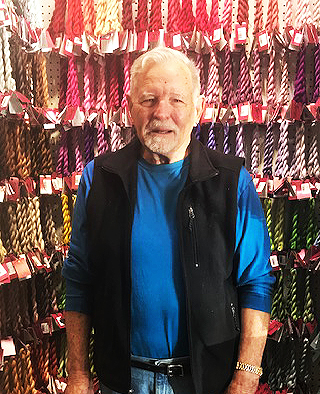 Donald first encountered needle arts as an adult, via his siblings. Living in Colorado at the time, he came to San Francisco to visit family. During the visit, his sister (who does knitting and crochet) and his brother (who does needlepoint), brought Donald with them to a needle arts store. On a whim, Donald bought two needlepoint kits and brought them home with him to Colorado.

(To this day, Donald still has his first needlepoint effort on display in his TV room. It gives him a smile when he sees it, because to his now more experienced eye, it looks amusingly amateurish, but also is infused with nostalgia.)

When Donald moved to San Francisco, he began taking needlepoint classes. His left-handedness proved a challenge at first, but he soon arrived at a solution — he stitches with his left hand, but in the right-hand direction. He submitted one of his projects, a view of San Francisco designed by Peter Ashe, to a show at the Hall of Flowers — and to his great surprise, it took first place. He had come a long way from that first needlepoint kit!

Donald is a man of “all needles” — he enjoys knitting, crochet, and cross-stitch as well as needlepoint. His favorite projects are Christmas ornaments and anything with a geometric pattern. He stocks and organizes the extensive Wall of Threads at Luv2Stitch, so next time you are browsing threads, you have Donald to thank for the beautifully organized racks.